Biosimilar Approvals And The BPCIA: Too Soon To Give Up 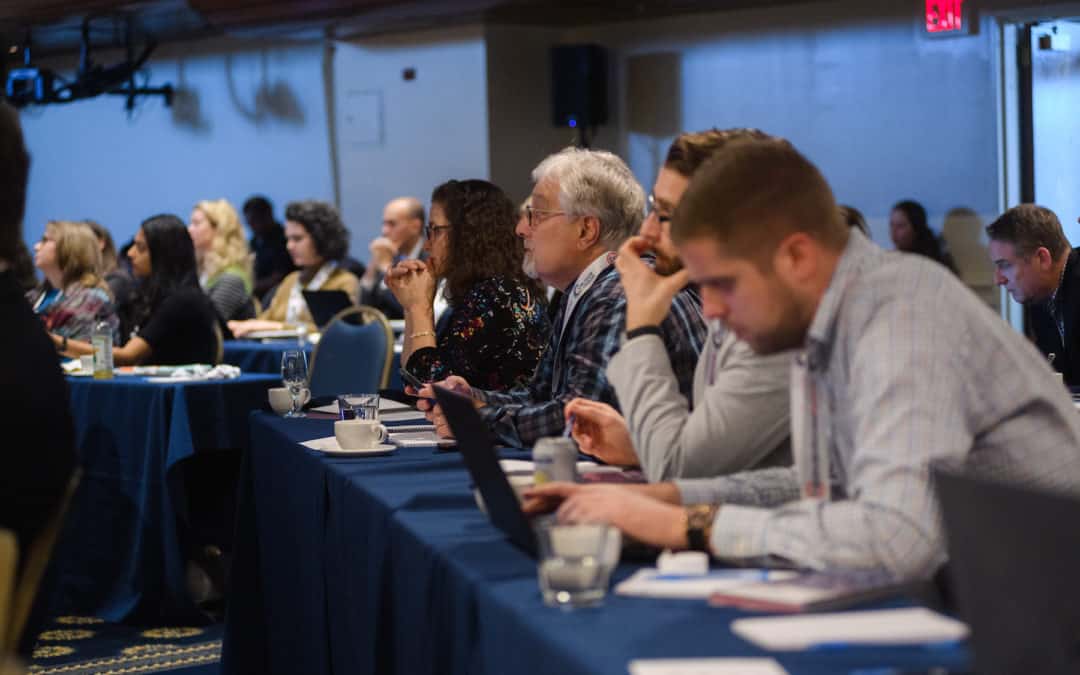 Editor’s Note: This article originally appeared in Health Affairs, a peer-reviewed healthcare journal. Its author, Jonathan J. Darrow, will be one of EA3’s Featured Speakers in 2020, and he gave permission for us to reprint it in full. View the original post here.

The Biologics Price Competition and Innovation Act (BPCIA), part of the 2010 Affordable Care Act, sought to drive down prices for biologics, much as the 1984 Hatch-Waxman Act did for small-molecule drugs. By allowing manufacturers of follow-on products to rely in part on the clinical data of the brand-name reference product, both laws were designed to lower development costs and attract competitors.

Since the BPCIA’s enactment, however, scholars have compared it unfavorably to the Hatch-Waxman Act, criticized its pathway as “obstructed” and lacking in sufficient incentives, lamented the scarce approvals it has produced, and recommended that it be “abandoned.” Although criticisms of the law are not unfounded, their collective implication—that the BPCIA is irredeemably defective and will never yield robust competition—is premature.

Several factors unrelated to the BPCIA distinguish the small-molecule market in 1984 from the biologics market in 2010 and provide an alternate explanation for the small number of biosimilar approvals to date. These differences relate to industry familiarity with each follow-on pathway, number of available reference products, patient population sizes, number of patents, and drug costs. Unfavorable comparisons of the number or usage of biosimilars in the US versus Europe can best be explained not by differing legal regimes, but by differences in the date of enactment of each law.

The 1962 Kefauver-Harris Amendments established the modern drug approval framework, including the requirement that manufacturers submit evidence from adequate and well-controlled investigations. Although generic versions of post-1962 drugs were not exempt, the Food and Drug Administration (FDA) promulgated regulations in 1970 (Fed Regist 1970;35(80):6574–5) establishing an abbreviated new drug application (ANDA) pathway that could be used to copy pre-1962 drugs; approximately 1,840 ANDAs were approved over the next 14 years (Exhibit 1). By the time the 1984 Hatch-Waxman Act expanded the ANDA pathway to post-1962 drugs, a robust generic drug industry had already gained more than a decade of relevant experience.

By contrast, although a handful of follow-on biologics were approved prior to 2010 under the Hatch-Waxman Act’s 505(b)(2) New Drug Application (NDA) pathway, the new BPCIA pathway was distinct from it. The 505(b)(2) pathway, for example, was primarily used for small-molecule drugs and permitted differences in characteristics such as strength, dosage form, or route of administration, whereas these differences were not permitted under the BPCIA’s biosimilar framework, which applied only to biologics. Biosimilar approvals were also judged under a different statutory standard than 505(b)(2) approvals, meaning that manufacturers could not be certain that evidence sufficient to meet the standard under one pathway would necessarily be sufficient under the other. The 505(b)(2) pathway continued to exist after 2010 alongside the new BPCIA pathway, and although existing 505(b)(2) NDAs for biologics will be “deemed” to be Biologics License Applications as of March 23, 2020, these biologics will be treated as potential reference products and not biosimilars.

Reference Products Available For Copying In 1984

Because most post-1962 drugs enjoyed a 17-year patent term (changed to 20 years in 1995), there was little need for an abbreviated pathway in the years immediately following the Kefauver-Harris Amendments. But as patents expired, increasing numbers of post-1962 drugs became available for copying yet were ineligible as reference products under the 1970 ANDA regulations. On the eve of the Hatch-Waxman Act, Congress estimated that approximately 150 post-1962 drugs were off-patent but had no generic equivalent. This backlog of available reference products produced a surge in ANDA approvals following enactment of the new law (Exhibit 1).

Although it is difficult to know how many off-patent biologics were available for copying when the BPCIA became effective, the FDA’s Center for Drug Evaluation and Research approved only 73 biologics in the 25 years preceding the BPCIA (including those transferred to CDER in 2003, see Fed Regist 2003;68(123):38067–8). If it is assumed that biologics approved during the 14 years prior to the enactment of the BPCIA continued to be protected by unexpired patents (see Grabowski et al. 2016), then no more than 15 of the 73 drugs would have been off-patent by 2010. Because biologics tend to be covered by more patents than small-molecule drugs, and because patents for a given drug product may have different expiration dates, the actual number of off-patent biologics may have been smaller (see also Grabowski et al. 2014).

Of biologics approved between 1984 and 2009, 41 percent (30 of 73) were initially approved for a rare (“orphan”) disease indication, i.e., a disease or condition affecting fewer than 200,000 people in the US, leaving 43 biologics indicated for larger markets that would be more likely to attract competitors. By contrast, only 19 percent (123 of 660) of small-molecule drugs were initially approved during this period for rare disease indications. Although the Orphan Drug Act was not enacted until 1983, if a similar percentage of small-molecule drugs approved between 1963 and 1983 received orphan indications, 277 would have been indicated for larger markets.

Unlike small-molecule drugs, which can often be self-administered, biologics must usually be injected or infused in a health care setting, making administration less convenient, more time-consuming, and more expensive. These factors, which are unrelated to the BPCIA framework, further contract already small patient population sizes. In turn, fewer patients mean that the fixed costs of development, testing, manufacturing, litigation, and regulatory compliance must be spread across a smaller volume of products, raising per-unit costs, limiting expected biosimilar profits, and discouraging entry.

The complexity of biologics is associated with technical challenges in their discovery, manufacturing, storage, packaging, administration, and use. As these challenges are overcome, manufacturers have been able to obtain larger numbers of patents than is typical of small-molecule drugs, discouraging patent challenges and potentially delaying entry. Unlike the Orange Book (the FDA’s patent register for small-molecule drugs), the FDA’s Purple Book for biologics does not list patents, making it somewhat more difficult for potential biosimilar manufacturers to determine what patents may be relevant, increasing uncertainty.

The costs of testing, manufacturing, storage, and transportation tend to be higher for biosimilars than for generic small-molecule drugs. Biosimilar approval requires a showing of “no clinically meaningful differences” in terms of “safety, purity, and potency,” necessitating more extensive clinical study than is required to demonstrate bioequivalence. Manufacturing processes can be protected as trade secrets, a type of intellectual property that never expires so long as it remains secret, forcing biosimilar companies to reverse engineer secret information or innovate alternate methods. Refrigeration during storage and transportation protects biosimilars from degradation and spoilage, but raises costs.

Some of these costs could perhaps be lowered, for example, if the FDA were to provide greater flexibility on analytical approaches to establishing biosimilarity, or if trade secrets were required to be disclosed upon patent or exclusivity expiry. But the complexity of biologics means that biosimilar costs will likely remain more expensive, discouraging entry regardless of legislative amendments.

Higher biosimilar production costs have led some observes to conclude that biosimilars cannot be expected to produce the level of discounts that have been seen with small molecule drugs. However, estimates of expected biosimilar savings have ranged from 10 percent to 51 percent (mean: 27 percent), which is approximately the savings expected in small-molecule markets with two to five manufacturers. In 2015, an infliximab biosimilar was offered in Norway at a 69 percent discount. Just two weeks after the launch of four adalimumab (Humira) biosimilars in European markets in 2018, news outlets reported price discounts of up to 80 percent.

These estimates and reported figures suggest biosimilar markets may be able to produce discounts comparable to those of small-molecule markets of similar attractiveness. However, percent price reductions in both biologic and small-molecule markets are sensitive to starting price, do not necessarily indicate how near to marginal costs prices have fallen, and may not be a reliable means of comparison between markets in which average list prices and marginal costs systematically differ.

In 2003, European authorities created an approval procedure for “similar biological medicinal products,” and the EU’s first biosimilar, somatropin (Omnitrope), was approved in 2006 (somatropin was approved in the US in 2006 under the 505(b)(2) pathway). US biosimilar legislation was not enacted until 2010. The FDA then issued draft guidance explaining the new clinical data requirements in 2012, and the first US biosimilar, filgrastim-sndz (Zarxio), was approved in 2015. Although US biosimilar approvals therefore began approximately 9 years later than in the EU, during the first four years of each agency’s approvals, US regulators approved 16 biosimilar products compared to the EU’s 13 (Exhibit 1). Approvals in the US thus occurred later—not more slowly—than in Europe.

The small number of biosimilar approvals compared to generic drug approvals cannot establish the failure of the BPCIA due to differences in industry familiarity with each follow-on pathway, the number of reference products available for copying, patient population sizes, patent barriers, and drug costs. The later arrival of US laws and guidance documents—not inadequate legal design—is the most straightforward explanation of why the first US biosimilar approvals were delayed compared to those in Europe.

Rather than dismantling a biosimilar framework more than a decade in the making, Congress should exercise restraint until it determines that these efforts are unlikely to bear fruit. Although early skepticism was to be expected, several indicators suggest the market has already reached a turning point. Chief among these is the upward trend in approvals since the first approval in 2015 (Exhibit 1). The large price discounts seen in a few foreign markets are encouraging, and there is a robust pipeline of biosimilars currently in development. Several biosimilar guidance documents have been issued in draft form, suggesting an ongoing commitment of the FDA to reduce technical and regulatory uncertainty. FDA guidance on interchangeable biosimilars, a more stringent classification that facilitates automatic pharmacy substitution, was finalized only in May 2019, paving the way for future products in this class.

As industry and regulatory investments in biosimilars continue to mature, policymakers should consider whether minor changes could refine the biosimilar framework. For example, transparency could be enhanced by listing relevant biologics patents in advance in the Purple Book. The proposed Purple Book Continuity Act would require such listing, though only after a patent dispute is initiated. The use of four-letter suffixes that distinguish biosimilars from their reference products (e.g., “adalimumab-atto”) can facilitate pharmacovigilance, but may also engender unjustified perceptions of therapeutic inequivalence.

Alternative safety monitoring systems could be considered. States retain substantial authority in matters affecting health notwithstanding FDA determinations of interchangeability, and could amend their laws to encourage greater use of biosimilars. Reimbursement models could be revised to ensure there are no financial incentives to prescribers or health systems to avoid the use of biosimilars. Medical training and continuing education could address perceived differences between biosimilars and reference products that are not supported by evidence.

There are also reasons for optimism that do not depend on either agency implementation of current law or future policy changes. Although biosimilars have so far targeted only blockbuster biologics, it is natural for manufacturers to enter more lucrative markets first. As those markets become more competitive, manufacturers can be expected to enter increasingly less attractive markets. Biologic products will likely remain more complex and expensive to test, manufacture, package, store, distribute, and administer, but greater experience with the biosimilar approval process and technological advances may gradually reduce the disparity between generic and biosimilar input costs. If biosimilars prove to be reasonable substitutes for their reference products, skepticism of prescribers and patients will wane just as it has with respect to small-molecule drugs over the past several decades. Although it is unclear to what extent the BPCIA will ultimately prove a success, its abandonment would be premature.

The author receives grant support from Arnold Ventures and the Harvard-MIT Center for Regulatory Science. The funders had no role in the design and conduct of the study; collection, management, analysis, and interpretation of the data; preparation, review, or approval of the manuscript; and decision to submit the manuscript for publication.