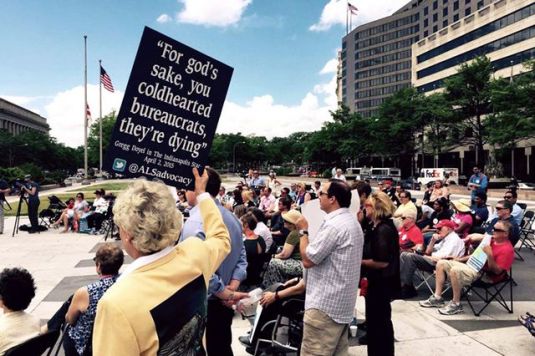 Long before “Right to Try”, the question was asked, “How can exploratory treatment options be made available to very sick people who have no other possible remedy for their condition?”  Put another way, what can we do for the vast portion of an untreated disease population that does not fit the eligibility criteria for clinical drug trials and who -absent effective treatment- aren’t expected to survive the years it takes to await an FDA market approval?  These questions were asked more than 50 years ago, when the 1962 Kefauver Harris Amendments dramatically raised the evidentiary requirements of new therapeutics to be made available to doctors and patients.   New drugs now needed substantial clinical evidence of both safety and efficacy, adding years to the time it takes to get to market.  Of course, serious tropical diseases, poorly characterized cancers, and rare pediatric disorders all demanded exemptions to these new rules – exemptions which were finally promulgated in 1987 into a set of regulations called “Expanded Access”.

Sometimes very large in size, Expanded Access Programs (EAPs) are special clinical trials intended to treat groups of patients who cannot get into regular clinical trials.  In the 30 years of their regulation, EAPs in the U.S have enrolled over 200,000 patients in a variety of serious disease areas.  With new business models and better integration with clinical research, these numbers could drastically increase.

But in the last three years, those working to improve pre-market treatment access have been infiltrated by newcomers on an entirely different path.  Populist “Right to Try” legislation at the State and Federal Level was introduced to remove FDA’s gatekeeper role in authorizing pre-market treatment use.   Instead of seeking to improve existing Expanded Access regulations, Right to Try advocates seemed to have either little familiarity with Expanded Access or little interest in it at all.   And now that U.S. Congress has passed the bill, the new question is what impact such a law will really have on patients’ odds of gaining early access to new medicines.

Right to Try proclaims that every patient in the U.S. has a right to try to save his or her own life and that the FDA shall no longer have a say in the matter.  Seems reasonable.  Americans overwhelmingly believe in the freedom to make medical decisions at the level of the patient / doctor relationship.  After all, no central agency can know the unique values or risk appetites of individuals and their families.  No bureaucrat knows the medical circumstances of each patient.  But, have the existing powers under Expanded Access failed to recognize this?  The answer is no.  Setting aside for a moment the hazards of completely removing a central regulator from the use of unproven medicines, the most glaring shortfall of Right to Try is its assumption that there was ever much of a regulatory barrier to pre-market treatment use.

Between 1987 and 1996, over 100,000 people with AIDS were provided exploratory anti-retroviral treatment through Expanded Access, and an even larger number of cancer patients enrolled in Expanded Access trials for highly targeted tumor killers such as Gleevec, Tykerb, and Iressa.  The FDA has repeatedly streamlined the regulations to make the process even easier for sponsors.  Most recently, a persistent notion of EAP-related commercial risk was put to bed when the Agency published its paper on the number of instances between 2005 and 2014 that a Clinical Hold was put on a new drug’s development due to safety events arising in Expanded Access.  The answer:  two instances out of 10,000 EAPs, and both of those cases were resolved within 6 months.

So what’s the hold up?  Why the unfulfilled demand for treatment access?  The real issue here is not regulation.  It’s economics.   It is the projected cost and benefit accruing to a manufacturer who undertakes such a program.  What would it take to run Expanded Access programs at meaningful scale?  What are the expenses of making enough product and overseeing a number of patients that truly makes a difference in the treatment landscape of the particular disease, and are there valuable learning outcomes here that can hasten the drug’s path to market approval?

In 2017, my partners and I pledged to answer these questions in the first ever Expanded Access Summit.  Unlike any other conference to have been held on the topic, the Summit’s curriculum was carefully designed to identify and establish best commercial practices for integrating Expanded Access into the clinical development process.    We went deep into normative models for cost recovery and real world data capture.   We brought in a large number of recognized experts in reimbursement, pharmacoeconomics, trial design, and molecular diagnostics to complement known leaders in Expanded Access in an open, academic format.

Will Right to Try make a difference in the public’s expectation of early access?  Are there benefits to running a modern Expanded Access program to capture secondary data?  Anyone involved in therapeutics for seriously unsolved diseases needs to stay ahead of these issues.

At Expanded Access 2.0, the second annual Expanded Access Summit, we’ll dive even deeper into commercial feasibility and will also feature a Day 2 module on bioethics and Federal policy, to tie in the political and cultural considerations of treatment access.  The big event will be held January 22-23 at the National Press Club in Washington DC.   From the feedback we have received so far, we expect the Summit to be another success and a landmark event for clinical drug development.